A Hawaiian cultural center for our community and the world

A coalition of Maui Kumu Hula and the County of Maui are working to establish a cultural center called “Hālau of ʻŌiwi Art” to be located in Wailuku, Maui.

Hālau of ʻŌiwi Art will be dedicated to the study, practice, celebration and perpetuation of hula and various ‘ōiwi arts connected to hula. The center will be in support of the Huamakahikina Declaration, ratified by an international coalition of Kumu Hula and adopted by resolution by the Maui County Council this fall. It will be the first of its kind and the largest investment by any county or the state to establish a permanent place for hula and associated ʻōiwi arts.

Hālau of ʻŌiwi Art, will help to advance the culture of the Hawaiian people through education, classes, workshops, exhibits, activities and events centered around hula. It is a collaboration between diverse groups of Maui hālau hula, representing the breadth of Maui’s Hula Lineages, with the support of the County of Maui. We encourage you to learn about this exciting project, below are the latest updates. 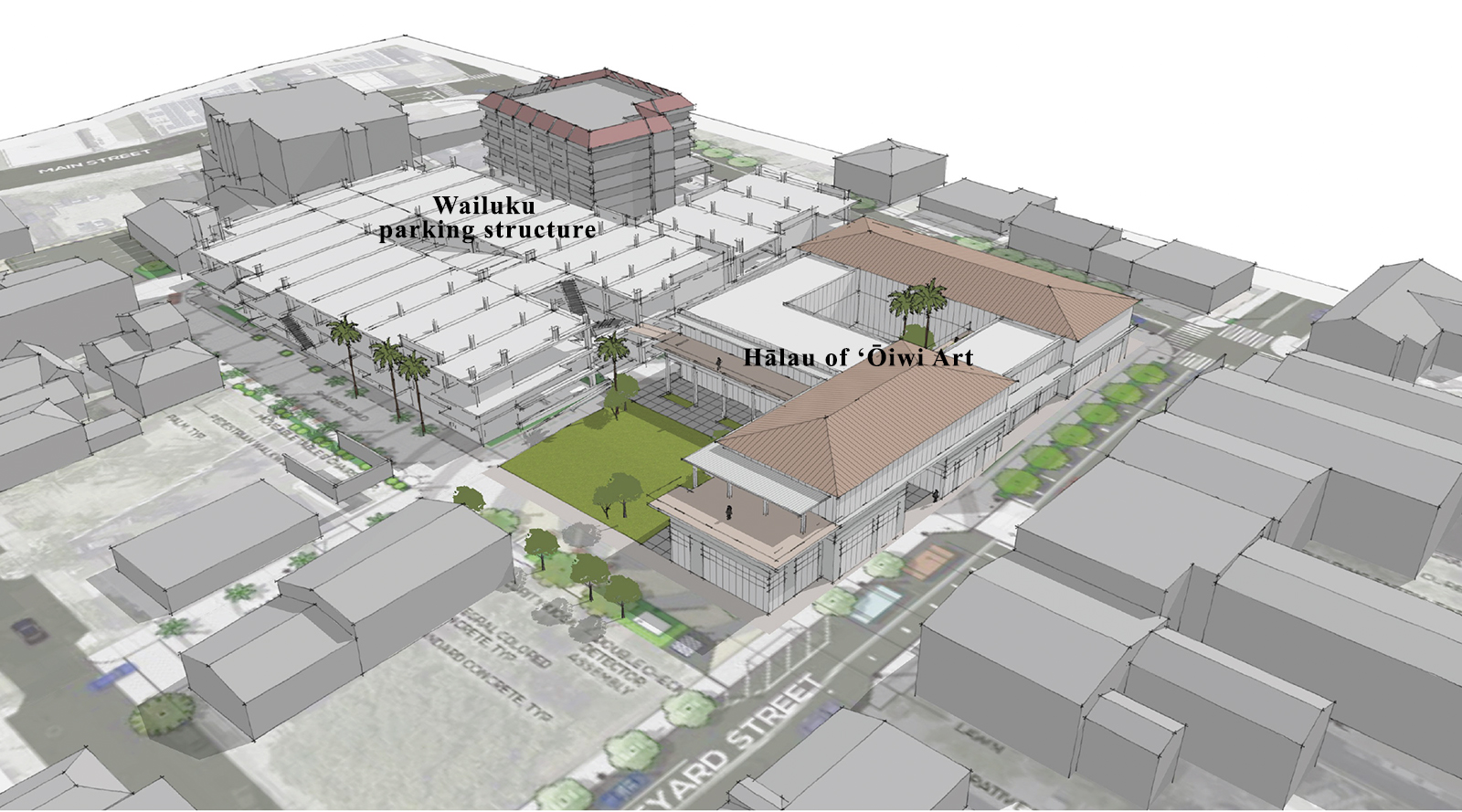 The Hālau of ʻŌiwi Art will be located adjacent to the new four-level Wailuku parking structure currently under construction.

Read the latest news about the Hālau of ʻŌiwi Art project

HOA among projects that advance out of U.S. Senate Appropriations Committee

gathering feedback from the community

On May 20, 2022, over 60 people gathered at the Maui Academy of Performing Arts’ Promenade Food Court to discuss possibilities and potential for the county’s first cultural center devoted to hula and associated arts. These included community members, Wailuku merchants, art supporters, County staff and Maui County Council members, and hula halau representatives involved with the Hālau of ‘Ōiwi Art project. Today, our project team continues to reach out to our community to gather feedback about this project. 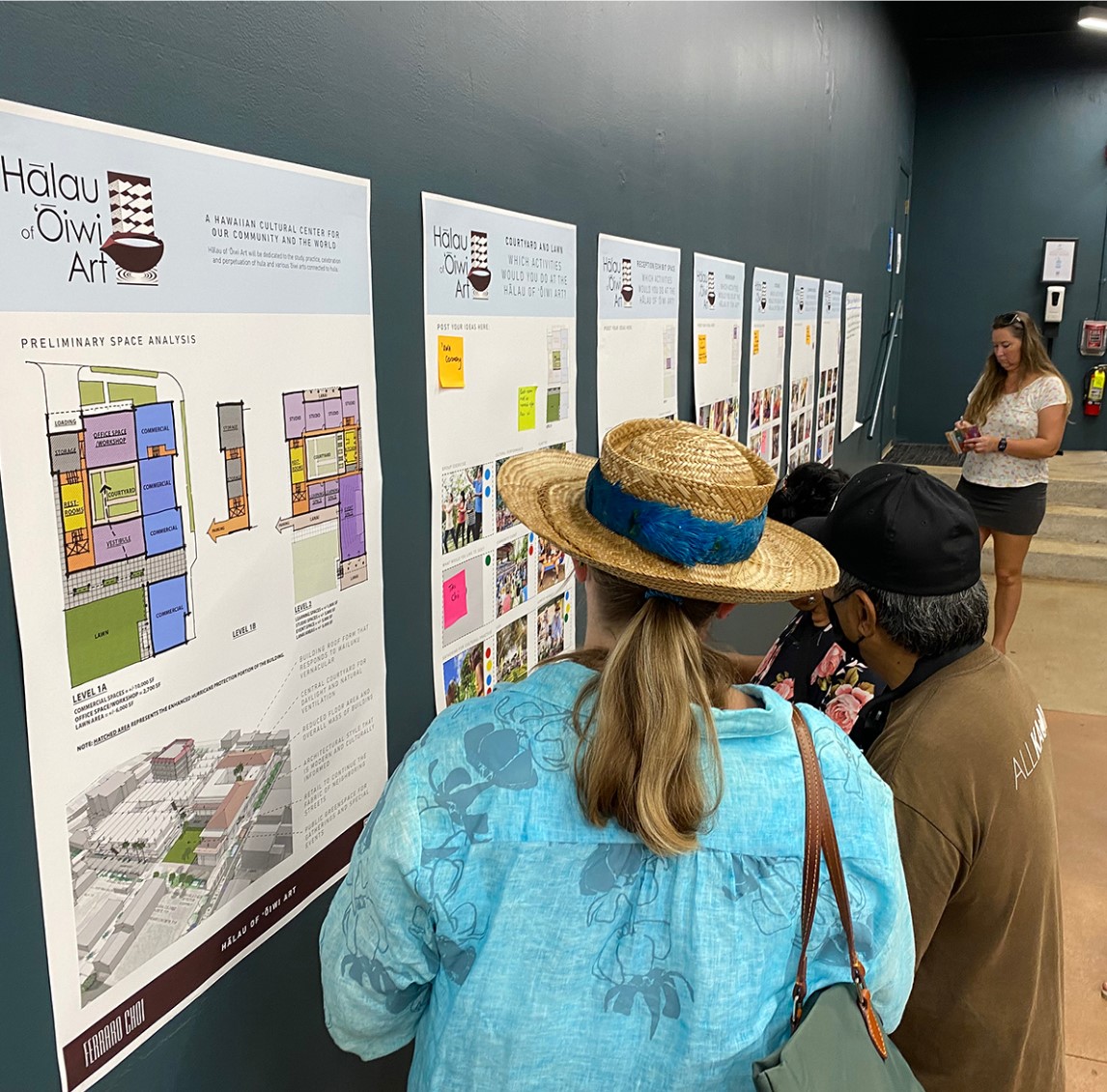 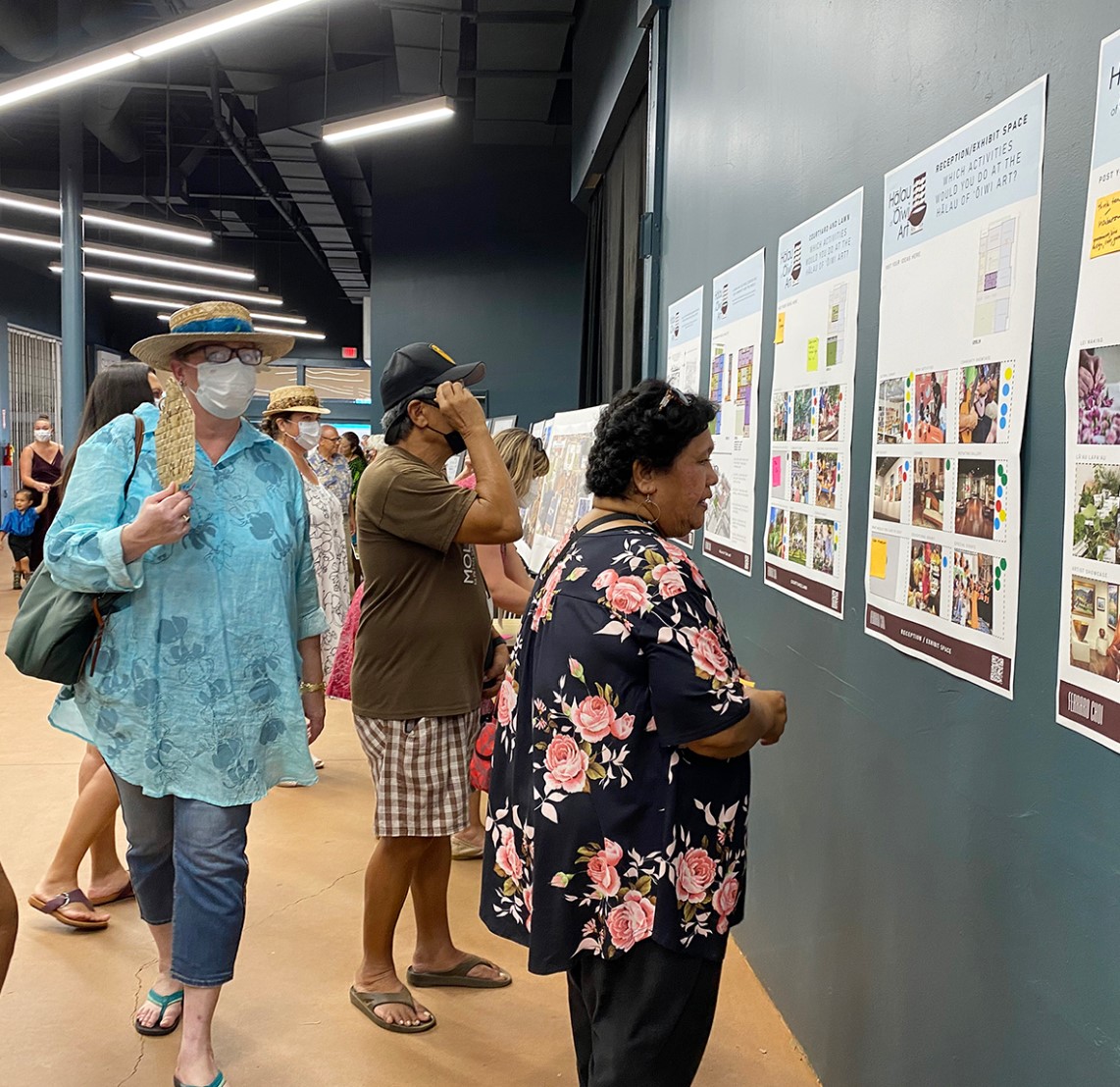 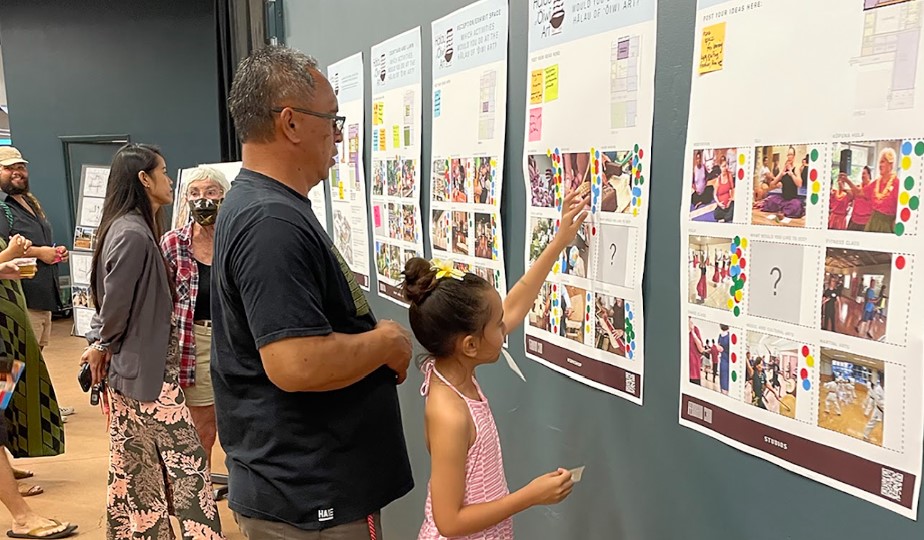 "Happy to see the possibilities of serving our communities on Maui for generations to come from Hālau on Maui to the amazing areas of learning that are available by and taught by experts in Maui nui."

"Love to see all this and to have a “vote” in the usage! I hope to see a beautiful place where Hawaiian Culture is celebrated and the community able to have a “free” other option for gathering as well! Mahalo piha."

"Per Uluwehi Guerrero– Please create a kupuna council to guide for the future for all arts...of our people to give advice." 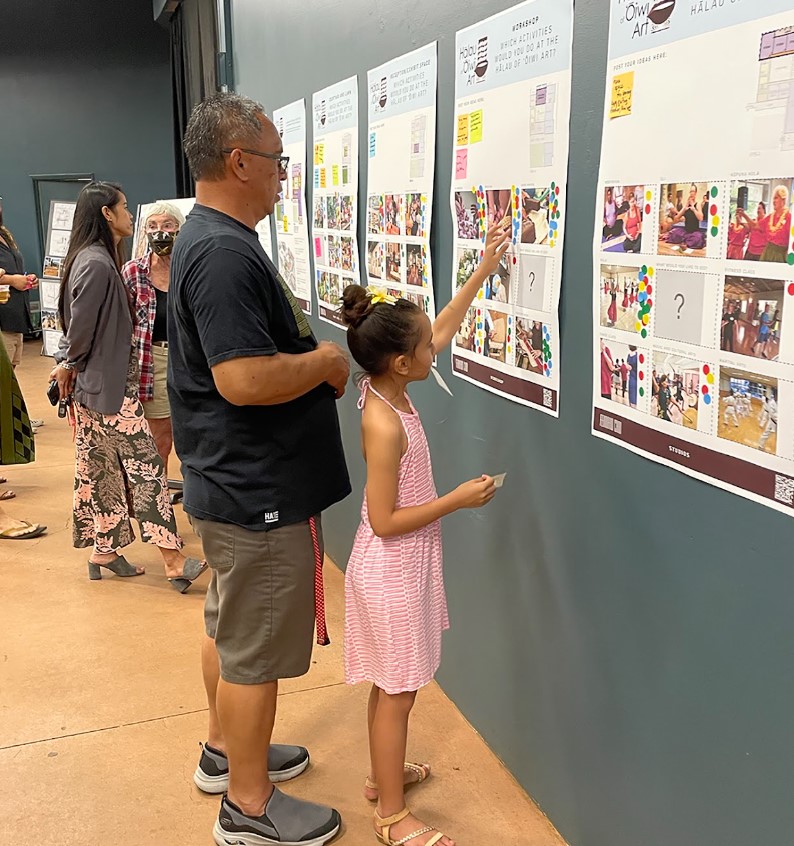 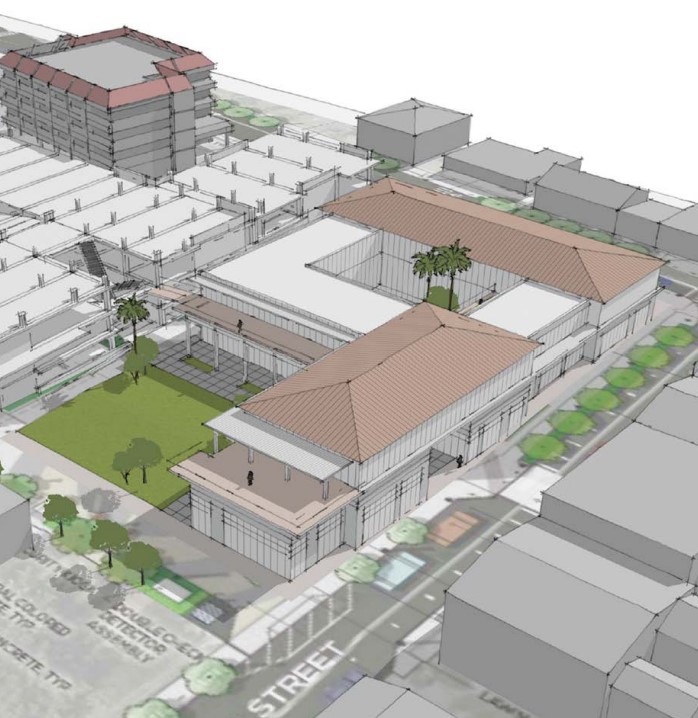 “Our goal for the Hālau of ʻŌiwi Art is to create a center of international significance that will advance the cultural, social, and historical impact of Native Hawaiian ‘Ōiwi art. Through these efforts, our islands’ hālau hula hope to empower all people in Hawai‘i and the world, to keep these traditions alive for future generations.”

Kumu Hula Hōkūlani Holt
One of those spearheading the center 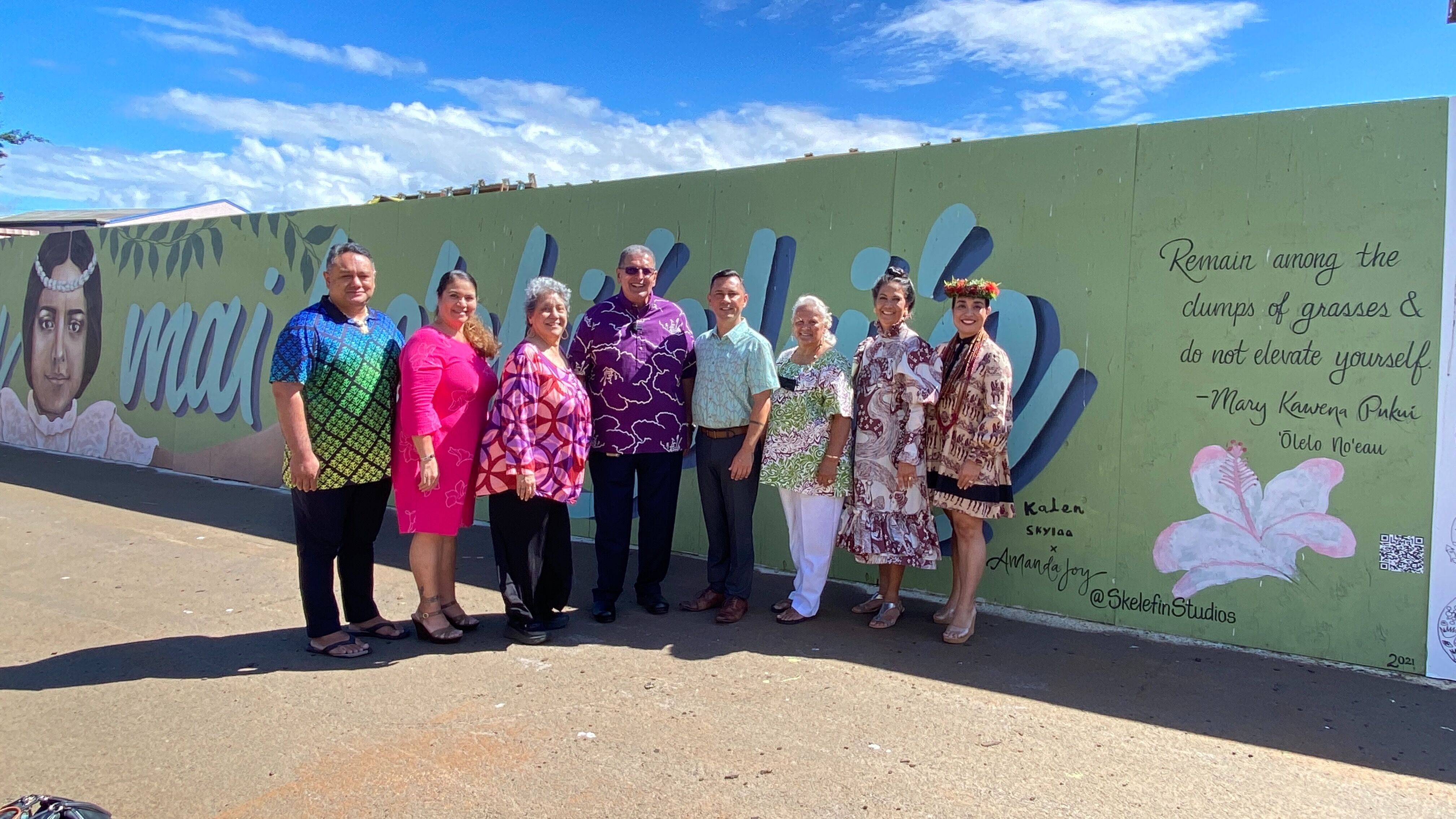 What is Hālau of ʻŌiwi Art (HOA)?
How will you address any potential historical/archaeological finds on the parcel?
How much funding is being requested for Hālau of ʻŌiwi Art? From what source?
Why try to complete the project in one phase instead of multiple phases over time?
What is the timeline for this project and when do you anticipated this project will be completed?
How does this facility reflect the history of this place?

Got a question on the HOA project? Visit our website. 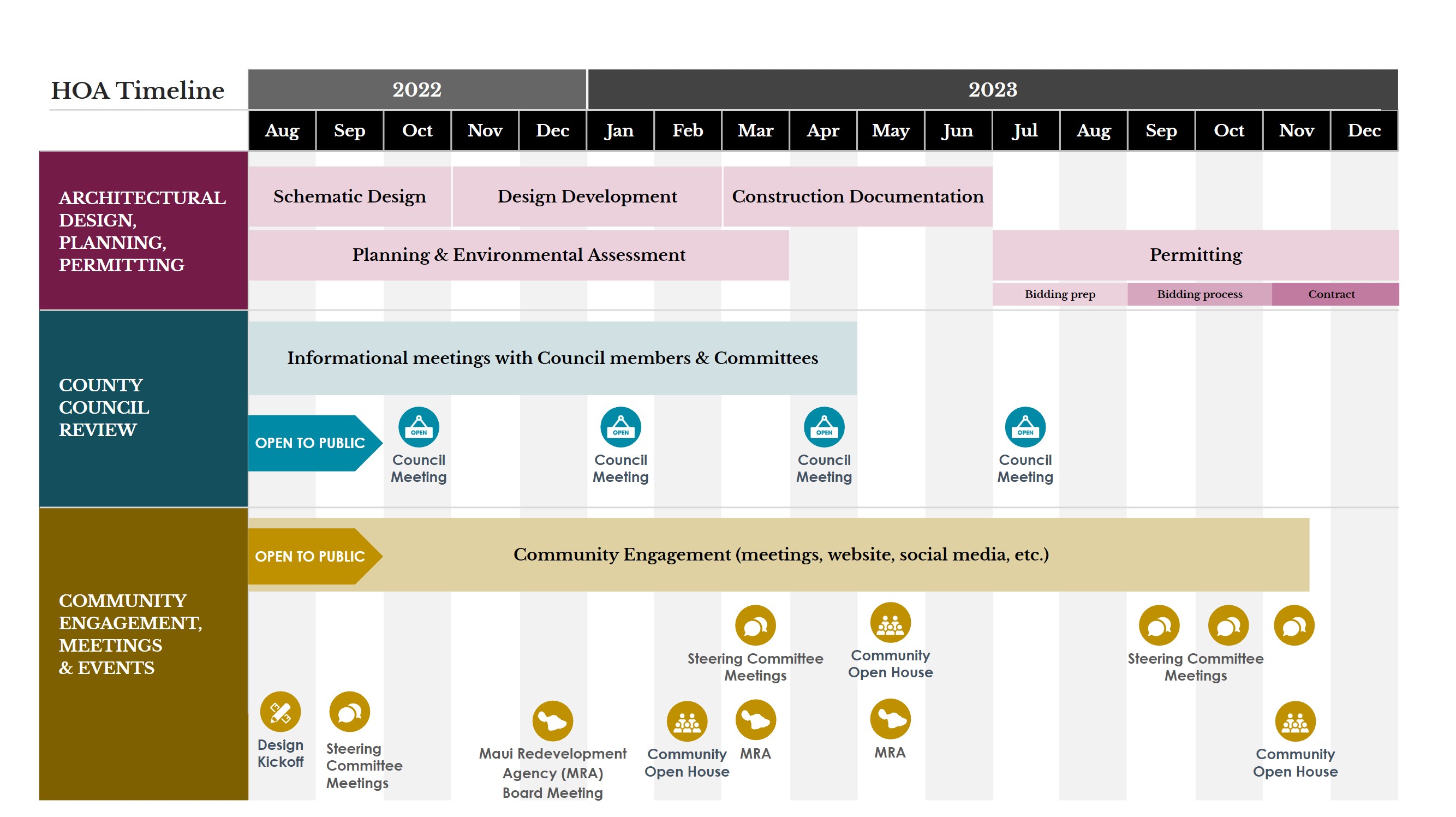 WHERE WE are NOW

Highlights of what we've accomplished so far

Community consultation with Erik Fredericksen, project archaeologist for the site and multiple properties in the immediate vicinity over the last 25 years. 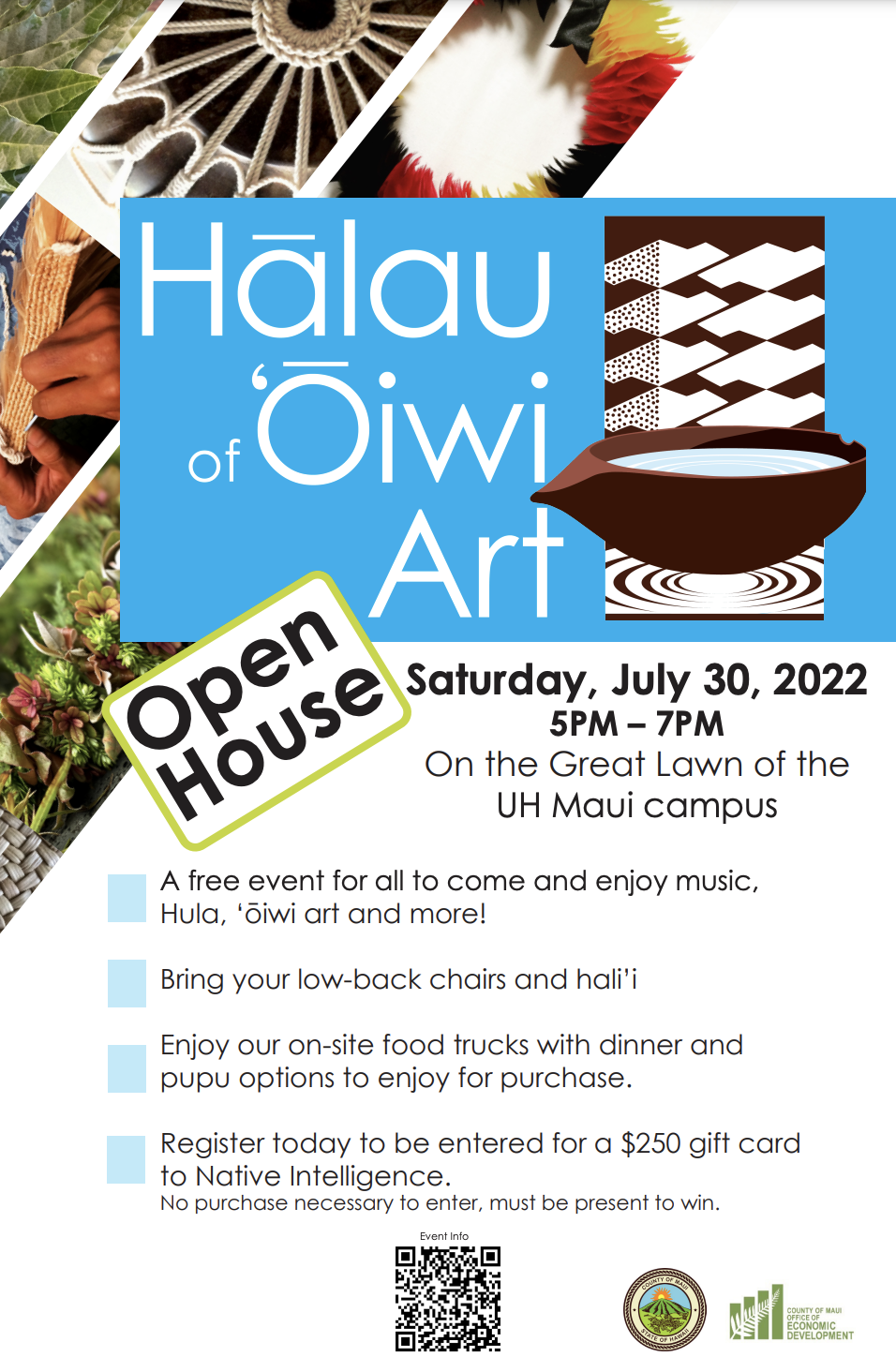 Site visits to various Central Maui halau spaces
Hālau of ʻŌiwi Art among projects that advance out of U.S. Senate Appropriations Committee
Erin Wade and Keanu Lau Hee of the County of Maui Department of Management toured these Oahu facilities as part of HOA planning phase:

The community outreach team hosted a series of focus groups with various practitioners of ‘oiwi arts regarding their expertise, thoughts about options for offerings in the spaces and suggestions for the facility design. The various focus groups included identifying all needs and expectations for each of the spaces including:
·        Courtyard/Event lawn
·        Kitchen & Event Space
·        Learning Spaces
·        Studio Spaces
·        Workshop Spaces
·        Retail/Food & Beverage Spaces

20 arts organization directors representing Wailuku nonprofits and the spaces that collaborate with them gathered for a huakaʻi (excursion). Attendees hopped on Da Bee shuttle which transported them to Maui OnStage, to Maui Academy of Performing Arts, then on to HaleHo'ike'ike/Maui Historical Society, and Imua Discovery Gardens where the group enjoyed a tour and lunch. It was an educational and inspiring day where participants heard from the various Wailuku arts organizations so that they can more accurately begin to lift one another up in a collective plan to create a Wailuku Arts District and to help shape the proposed Hālau of ʻŌiwi Art.
‍ 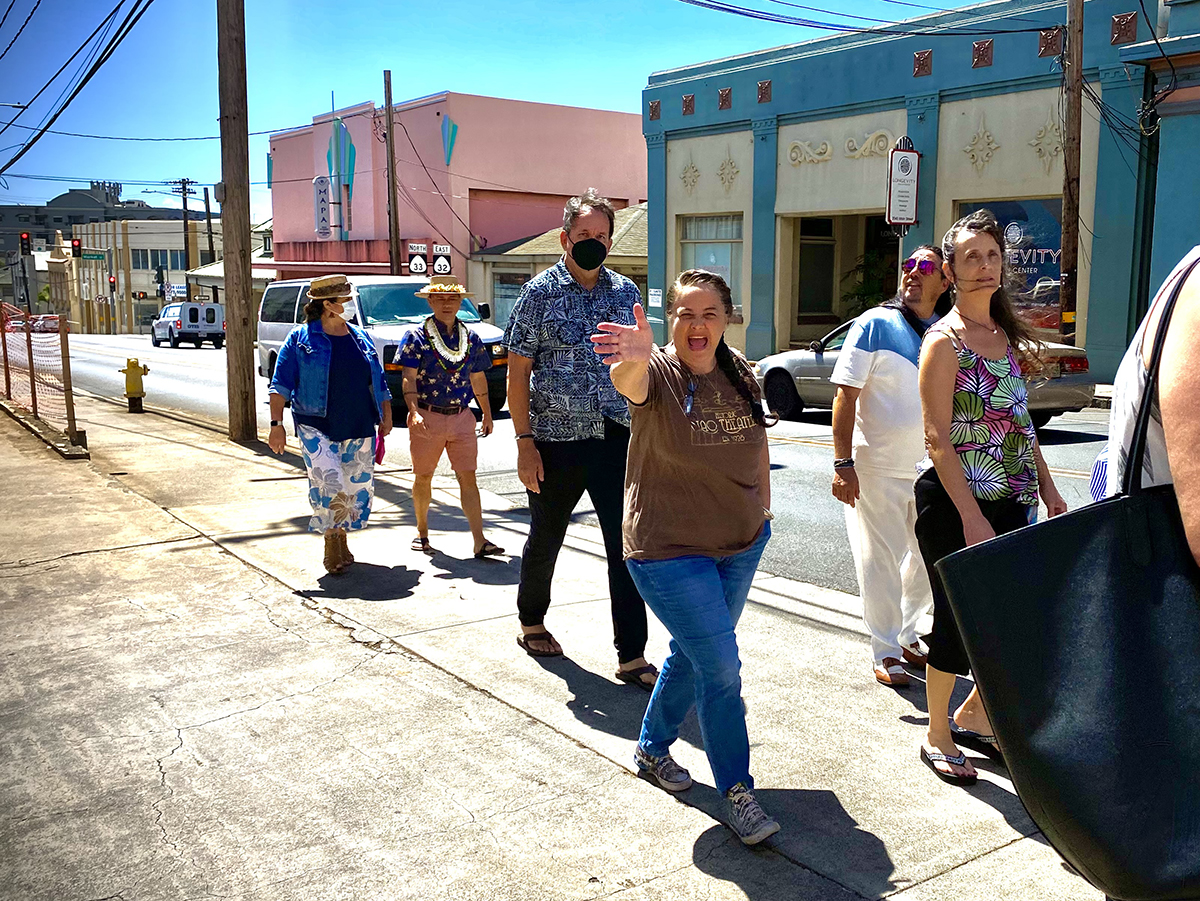 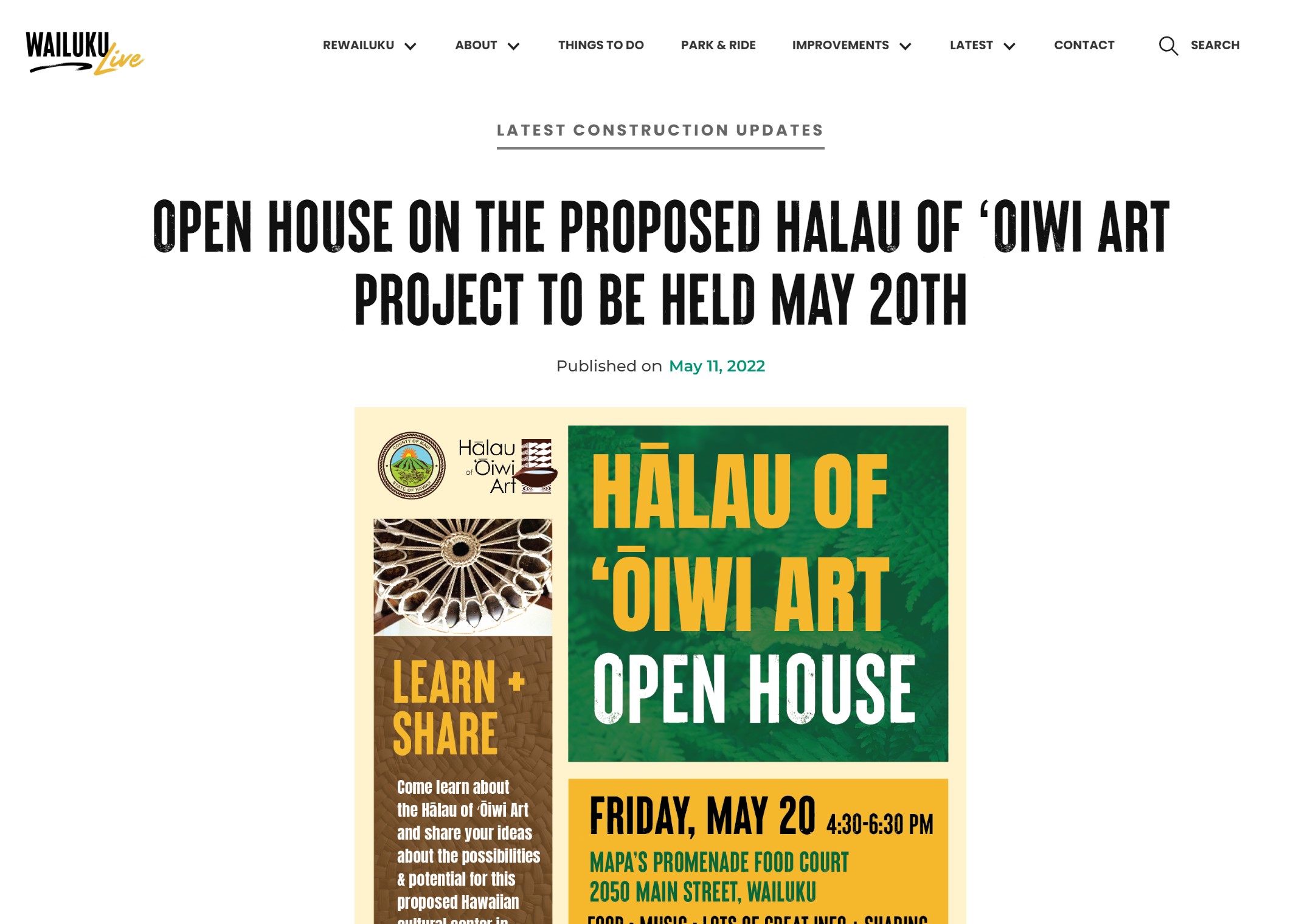 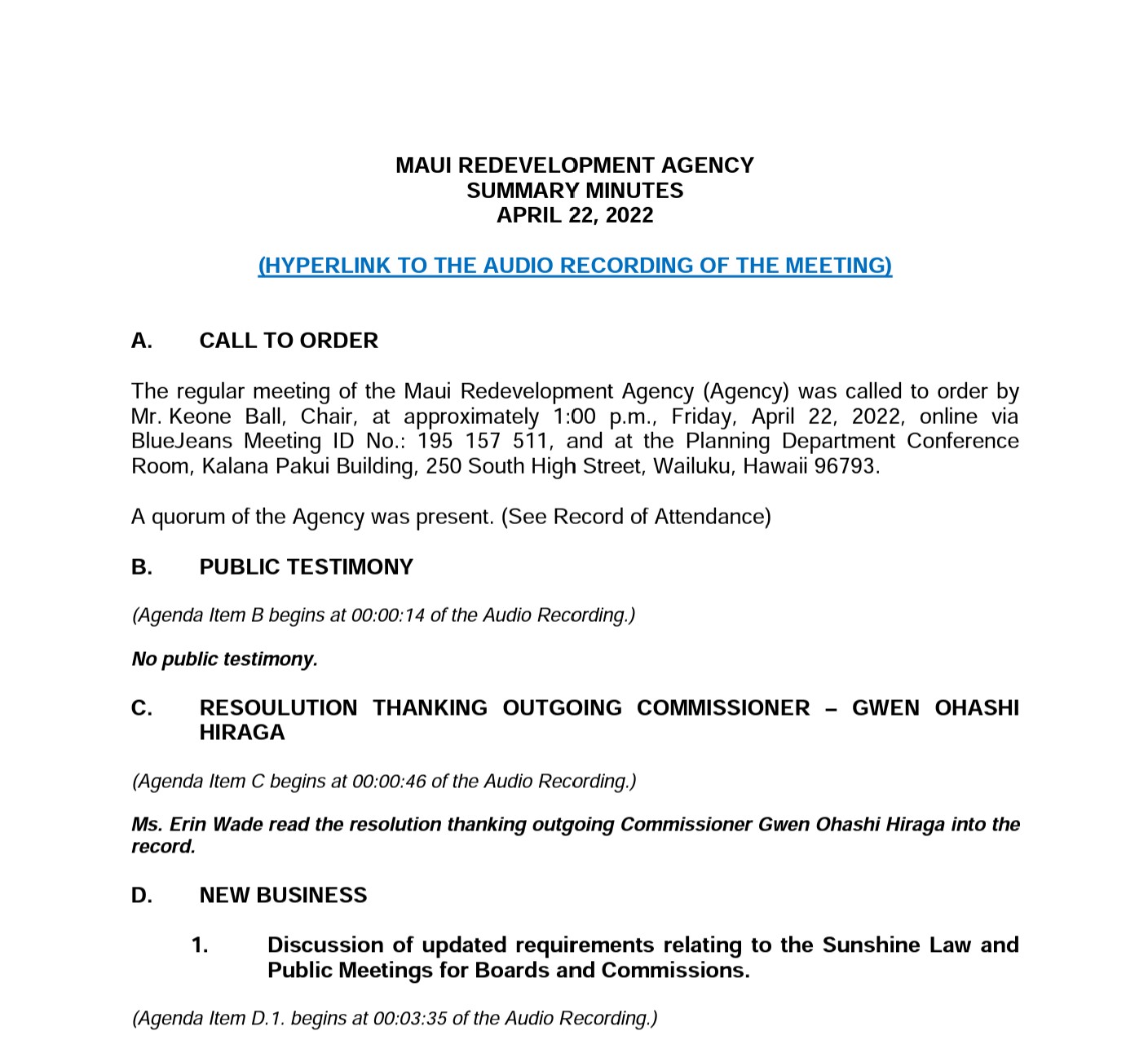 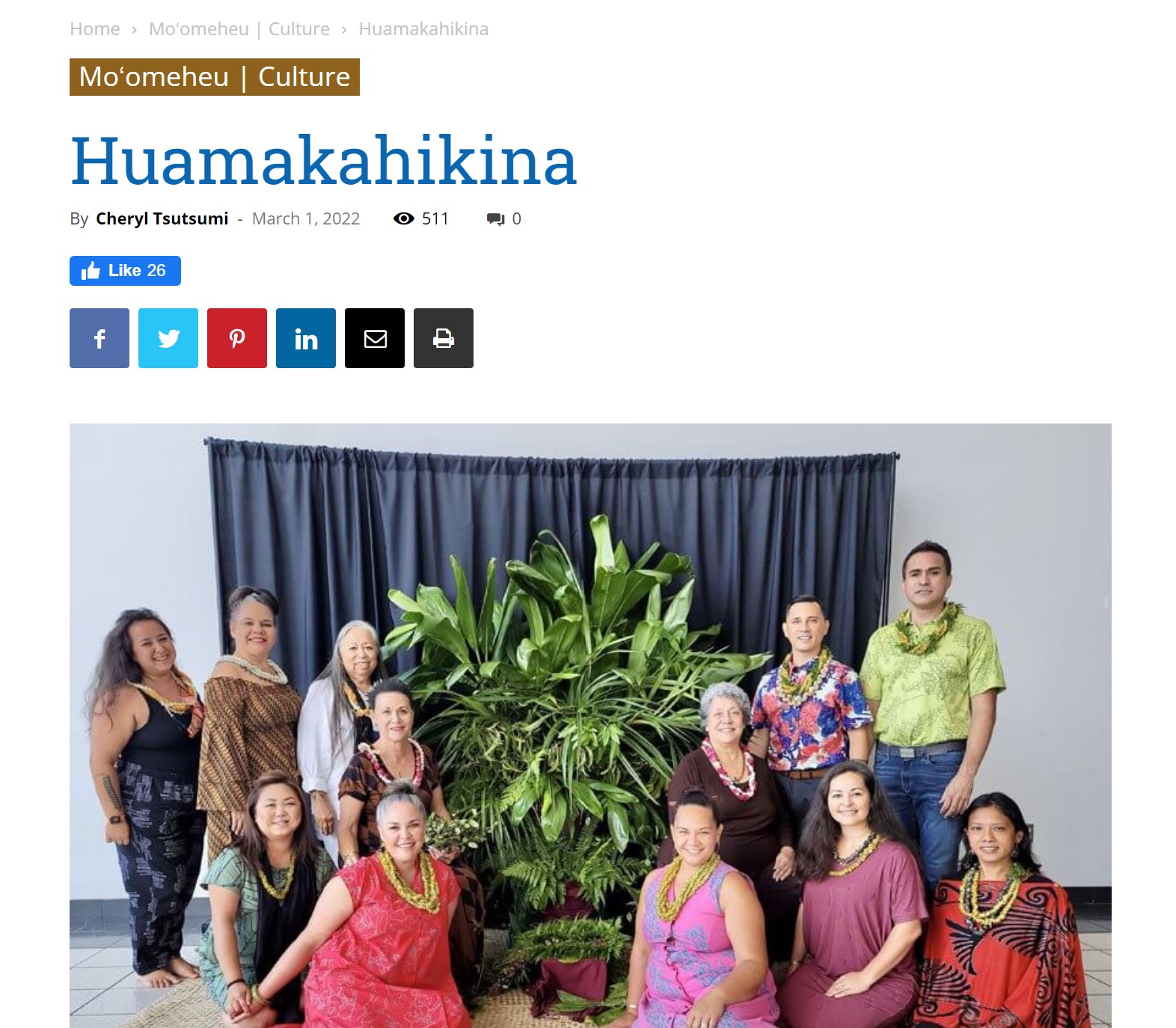 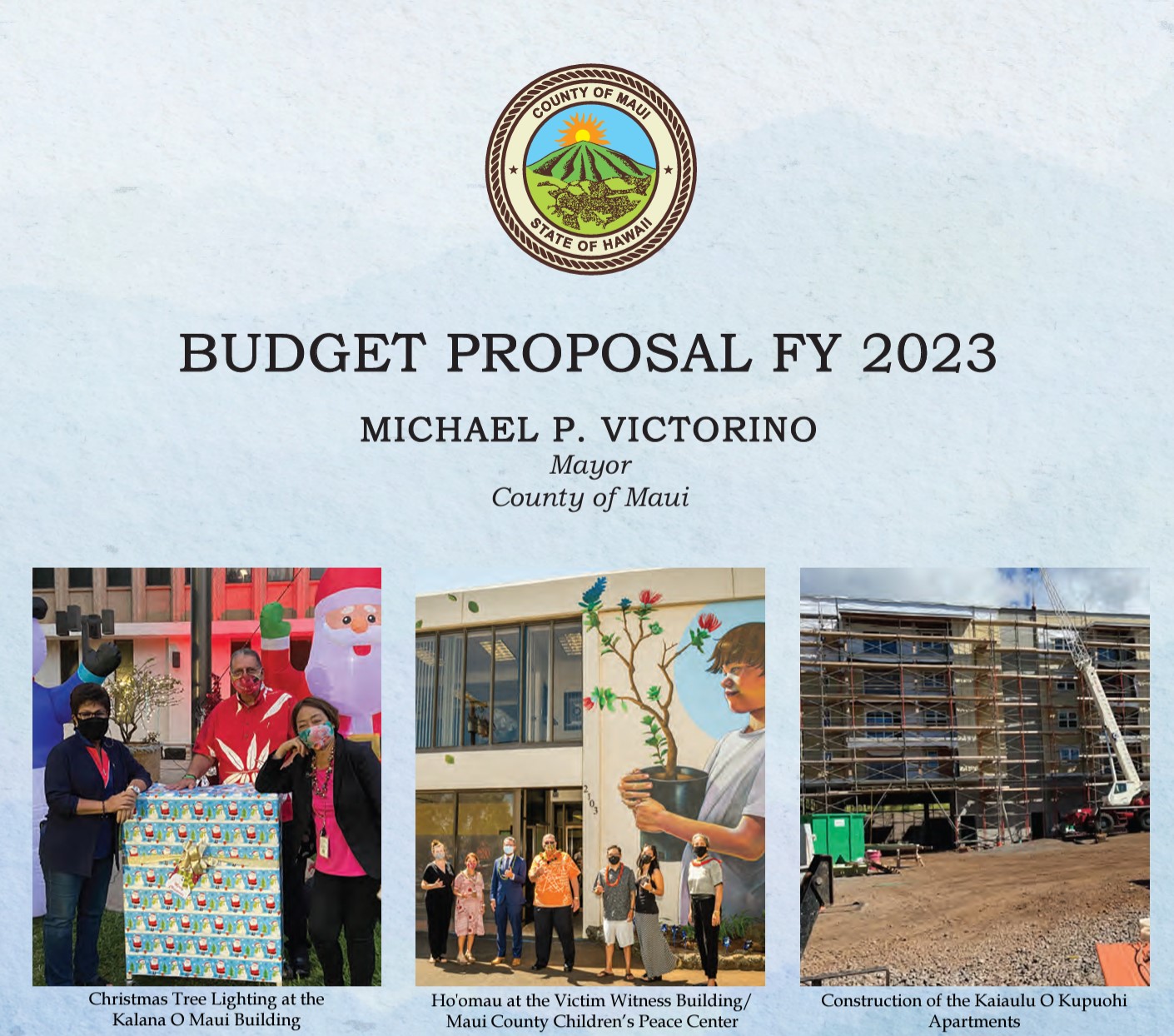 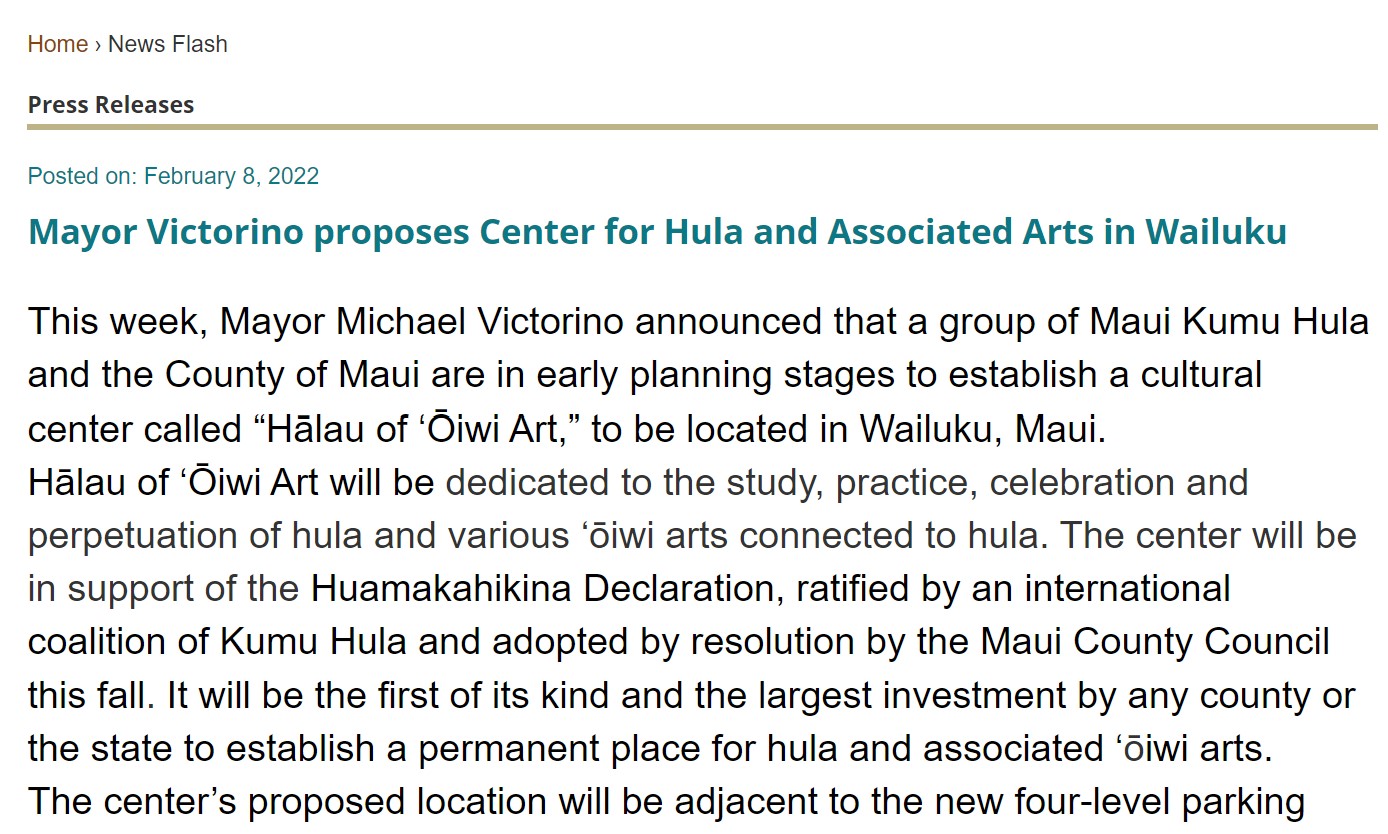 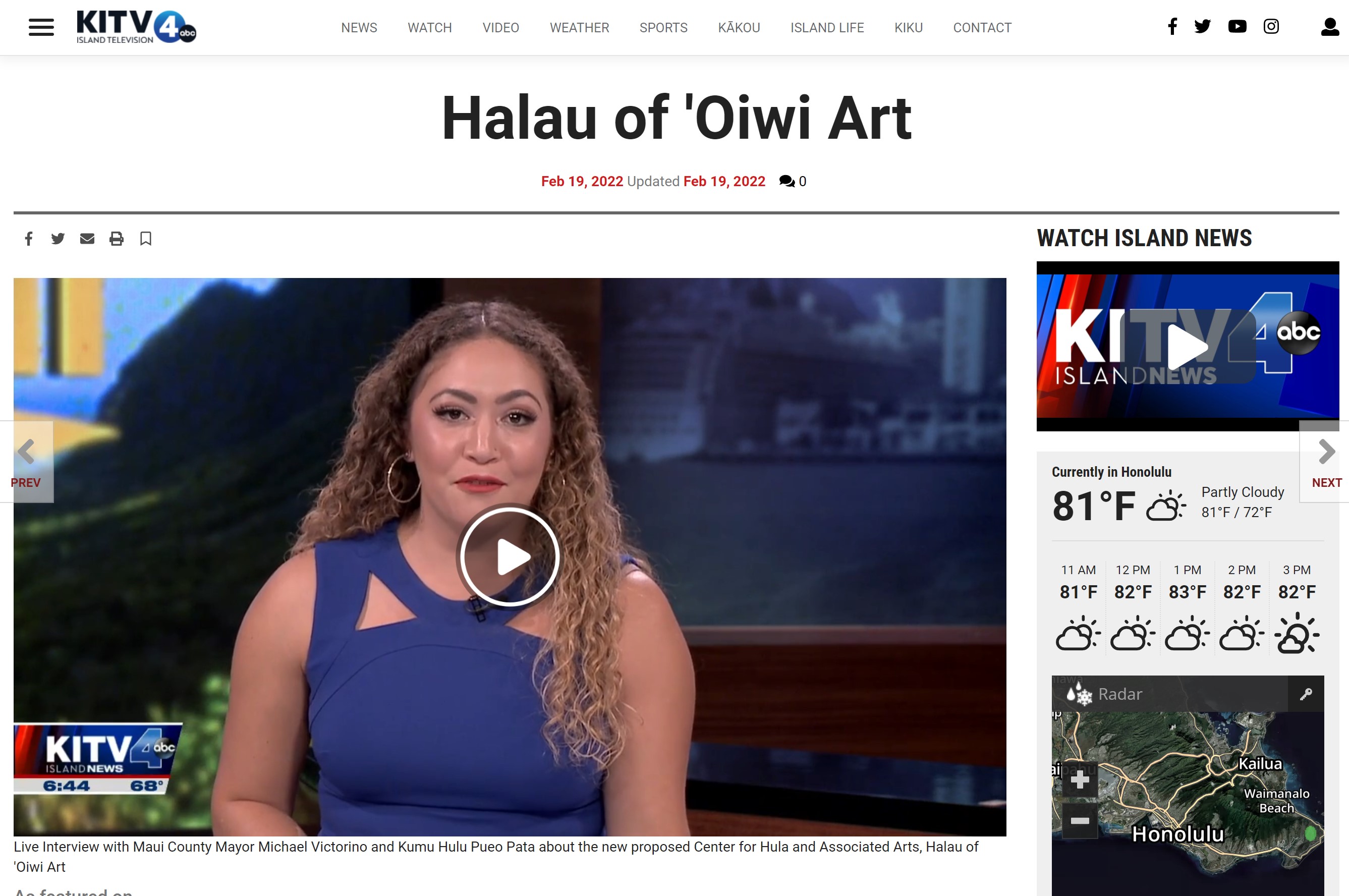 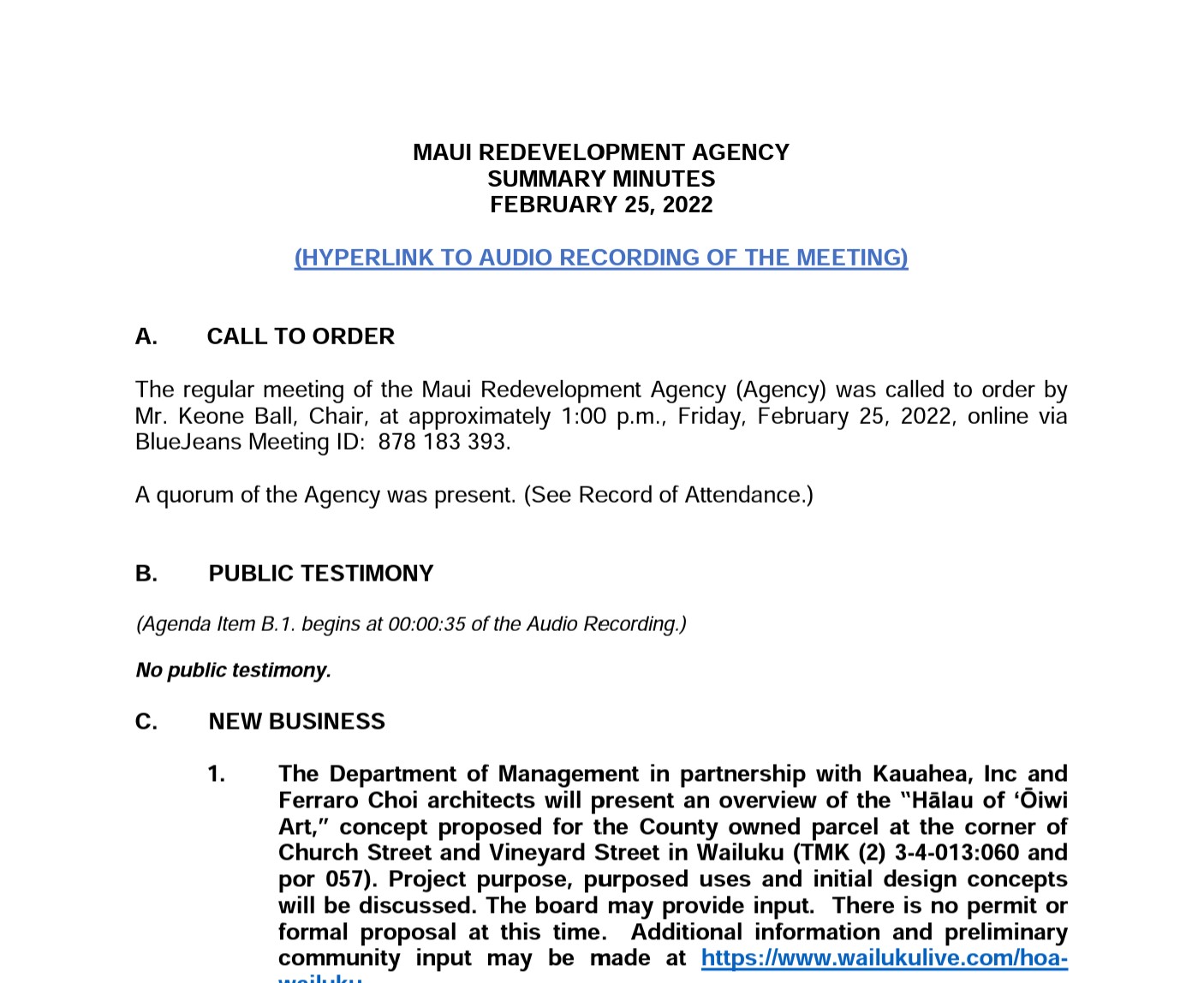 The Maui County Council formally adopts Resolution 21-161, supporting the Huamakahikina Declaration and the efforts to protect and advance the practice of hula, and to to prevent itʻs continued economic exploitation and appropriation. 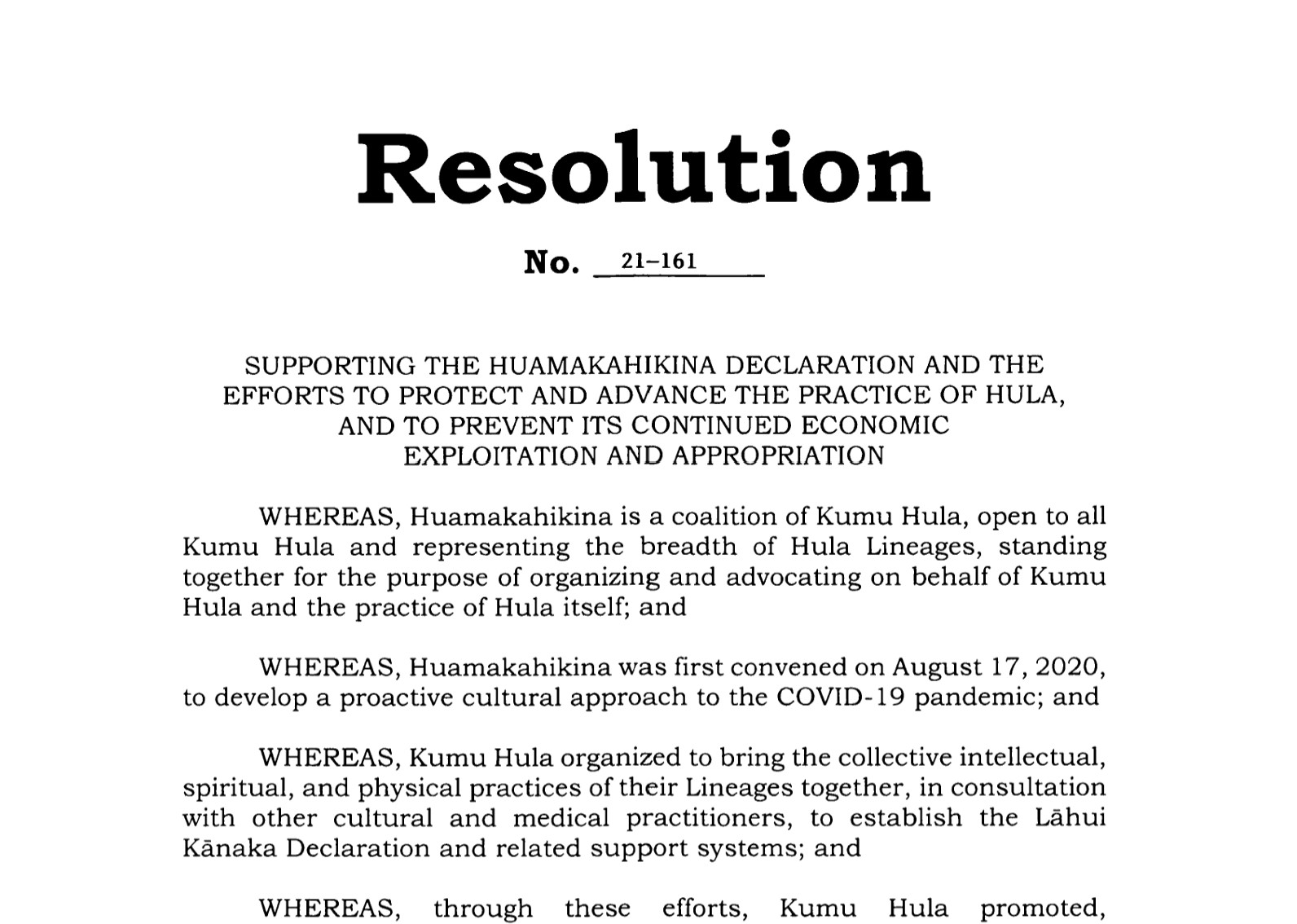 The County of Maui provided a grant to support the Kupukalālā Kumu Hula Convention. This convention was attended by over 150 Kumu Hula and ratified the Huamakahikina Declaration on the Integrity, Stewardship, and Protection of Hula. 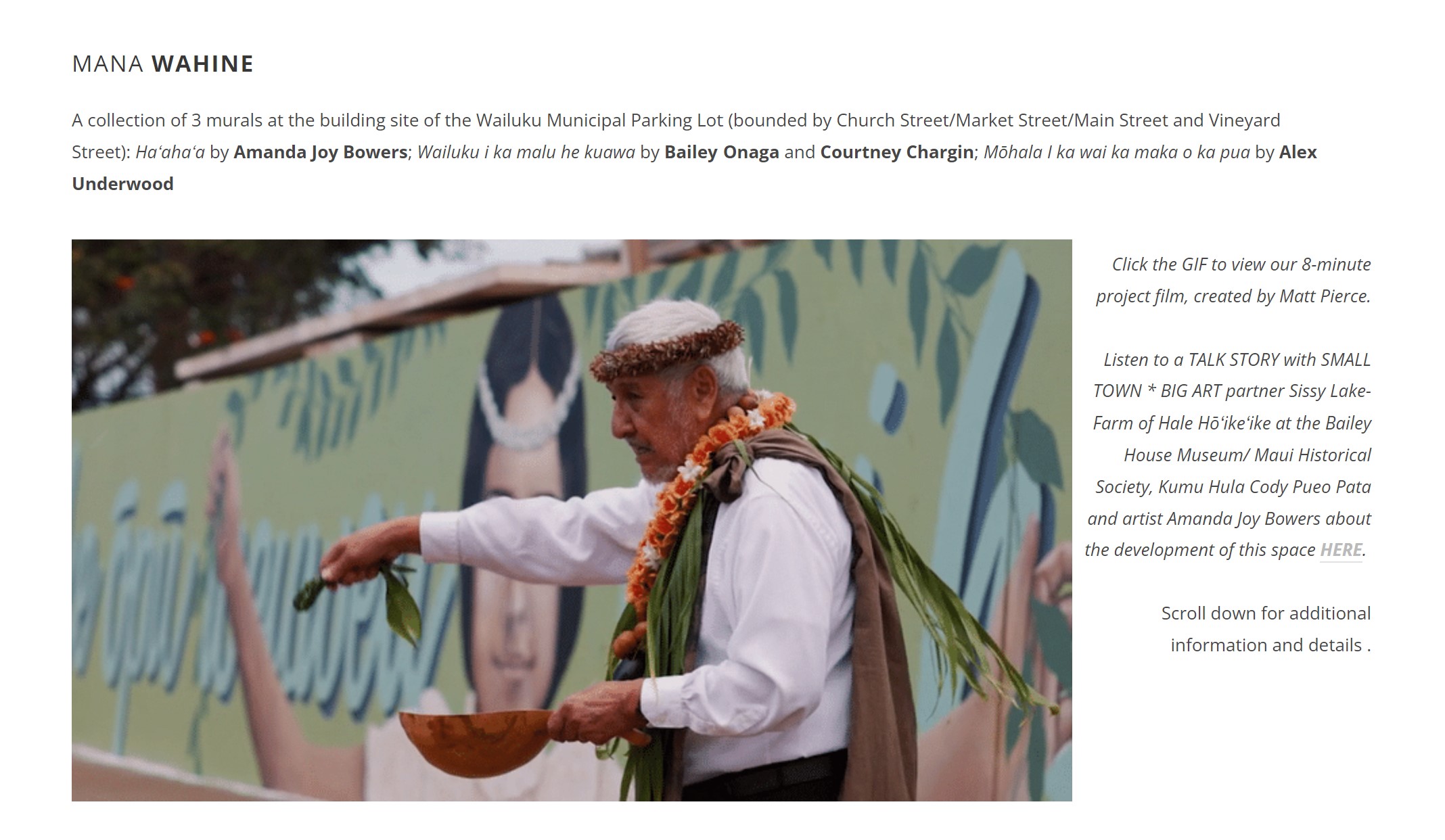 A collation of Kumu Hula gathered and formed the Huamakahikina to discuss a culturally proactive approach to the COVID-19 pandemic in Hawai’i to form the Lāhui Kānaka system.

$44 Million for Road, Infrastructure and Parking construction
$3.7 Million for property Acquisitions relating to the Wailuku Parking & Events Facility
Read about the acquisition 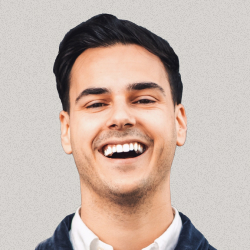 “After this, we both took up golf on during the week and started eating fancy dinners at the local Country Club... Ha. This is not what happened at all. We suck at golf and love eating Guzman Y Gomez.”

KUMU NAPUA GREIG NAKASONE shared:
The halau hula and the hula practitioners have a unique challenge in that we do not get County support. We have grown to where we are with the hard work of the Kumu Hula who lead these halau. We teach out of our garages. We teach in school cafeterias. I've been fortunate to teach at Kamehameha School, but with the limit of 10 hours of week, which truly limits the growth and my ability to reach more youth in Upcountry. In Upcountry Maui, we don't have business district, industrial area. We don't have the luxury of renting a warehouse like a lot of Central Maui halau do. A few halau who have a home pay upwards of $2,000 a month for their lease here in Central Maui... Every district on this island has baseball fields, football fields, basketball courts, and volleyball nets. We even have skate parks and even dog parks. We laugh, but there is not one single place for hula. In my halau alone we have 150 dancers. Iliahi and Haunanai have 200. Kamaka Kukona 200. My sister 175. That's just 600 students in just Central Maui. We truly need to look at what makes us unique and what defines us, and I believe hula and this culture defines us.I humbly ask that we make it a priority in this culture, and invest in these children who are working so hard and being recognized all over the world for this culture that is so unique to us.

$2.98 Million for Planning and Design of Road and Infrastructure upgrades
$4.6 Million in Planning & Design contract for Wailuku Parking & Events Facility